Hard-luck stories can have happy endings. Especially in Francine Honey's world. The bilingual Ontario singer-songwriter's third album To Be Continued... features tales of heartache and struggle, loss and crisis — many drawn from her own life. Along the way, the down-to-earth performer also shares two fundamental lessons: You are not alone, and hope is always around the corner. A songwriter since childhood, and a former civil servant, Francine packs a lifetime of emotion into every song. Her music has taken her across Canada and the U.S., and on to the U.K., Switzerland and Italy.

"Some of these songs are about going through tough times and then getting to the other side," the Ontario singer-songwriter says of her third record To Be Continued... "I know I've certainly been through my share of struggles. But it's important to have hope and know you're not alone. If you're going through something, someone else has gone through it too. And you have to remember: You don't know what's around the corner. Your 'to be continued' might be beyond what you ever imagined."

She speaks from experience. Some five years after her first album — a homemade Christmas present for friends and family — the mother of two and former federal civil servant is living the dream. She has the love of her life, the career she long denied herself, and an album that showcases her most striking and stirring compositions. "I'm so happy," she says. "I'm really proud of this record and how it all came together."

Cut in Nashville with Grammy-nominated producer Neilson Hubbard (John Prine, Jason Isbell) and first-call players like guitarists Will Kimbrough and Kris Donegan, pianist Danny Mitchell, bassist Dean Marold and legendary fiddler Eamon McLoughlin, To Be Continued... takes Honey's mix of Americana, Country, Rock, Canadiana, and Blues to the next level, capturing the sound she's been chasing for years. "It's hard to articulate what you hear in your head and get it to come to life through other musicians," she says. But after getting Hubbard's name from singer-songwriter Gretchen Peters, she knew she'd found her man. "I looked up the songs he produced and went, 'That's what I've been hearing!'

"Almost every song on this record is Take 1. Isn't that amazing?" she marvels. "It really was magic. Basically, we just went through each song one by one. They listened to my demo and we talked about the feeling we wanted for the song and worked out things like guitar tones and how we were going to start and end. Then it was like, 'All right, let's run this through and see what we can come up with.' And at the end of almost every take, I was like, 'Wow. I don't think we could do that any better.' Every song was its own unique ride."

To Be Continued... also takes listeners on a journey. Courageously drawing from her own life, Honey's songs run the gamut of emotion. "Snowflakes On My Eyelashes" channels the grief of loss; "Can't Break Through to You" examines PTSD; and the moving "Marilyn" documents a harrowing health scare. "That's a very tough subject and a very personal song," she confesses. "The room goes quiet when I play it. But I'll see someone wipe a tear from their eye, and know that song has touched someone." It's not alone: "Stay" was a semi-finalist in the Canada Songwriting Contest and "Mamas Take Bad Dreams Away" made the top five in the Canada South Songwriting Contest.

Equally laudable are cuts on the lighter side of the roster: The upbeat driving ode "Open Road", the sexy come-hither blues of "Honey" and the uplifting title cut that chronicles her romance with a friend who re-entered her life at just the right time. "I sure had to kiss my share of frogs," she quips. "I thought I was just meant to be single and figured we would just be friends, and I was happy with that. Little did I know."

Little did she know she'd ever be a professional songwriter. Although she's made music since childhood — "I wrote my first song in 1976" — Honey never dreamed of making it a career. Instead, she studied math and computers, got married, had kids and worked as a project manager. Her life seemed perfect. Then a near-simultaneous breakup and job loss forced her to relocate, find a new career and raise a family alone. Music went on the back burner; she never stopped writing, but songs went unfinished — until her kids fixed that.

“When my 18-year-old daughter and 16-year-old son kept telling me to "Get a life, Mom!" they really were showing wisdom beyond their years. After spending time thinking about what my life would be after they left the nest, I realized I had stories to share, and there was still an opportunity for me to at least try and turn my musical hobby into my profession.” So she left her federal government job in 2013 to pursue music full-time under her maiden name Francine Leclair. The self-produced album An Ordinary Woman came in 2008, followed in 2014 by Re-Drawn, produced by Lang Bliss in Nashville. The latter includes the song "I Soldier On" and its French partner "Je Vis Sans Limites", which support the Soldier On fund in Canada. In 2015, she also re-recorded many of her early songs for the EP An Ordinary Woman (In Studio).

Along the way, the down-to-earth artist has displayed extraordinary dedication to her craft. She is a graduate of the Berklee College of Music Professional Singer-Songwriter Certificate Program. She regularly makes the nine-hour drive to songwriting workshops in Nashville, where she has been mentored by icons like Beth Nielsen Chapman (who contributes backup vocals to Honey's "Snowflakes On My Eyelashes'), Mike Reid (Can't Make You Love Me), Mary Gauthier (Mercy Now), Verlon Thompson (Boats to Build), Gretchen Peters (Independence Day) and Jonatha Brooke (My Mother has 4 Noses). She is a member of the Songwriter's Association of Canada, Nashville Songwriter's Association International, Canadian Country Music Association and Americana Music Association. She co-ordinates the Leamington/Windsor Regional Writer's Group, mentoring other songwriters. She has showcased at the Texas Songwriters Symposium three years in a row, the WinterFolk Blues and Roots Festival in Toronto, the Kingsville Folk Music Festival and the Folk Music Ontario conference. Her music and songwriting have taken her across North America, to the U.K., Switzerland and Italy.

Her journey is far from over. The next chapters in the bilingual singer's memoir include an EP of french singles from the To Be Continued... sessions; a set of French-Canadian classics sung by her family at the holidays; a Christmas album; and more music with Neilson. Meanwhile, she is expanding her reach with online content, including videos for every song on To Be Continued... and intimate performances for fans. And she continues to co-write with other artists, aiming to have her music recorded by fellow performers and licensed for TV. "If I could get a song on Grey's Anatomy, that would be cool," she laughs. "But really, I just want to keep going, writing better songs. I'm finally a songwriter and I know I'll do this the rest of my life."

WHAT THE PRESS ARE SAYING

“...brimming with warm harmonies that are as sprawling in style as they are simple in design...a picture window into the heart of one of country’s burgeoning powerhouses."

“...finding her place atop a crowded country hierarchy...intimate and charismatic…a noteworthy highpoint in her young career."

“..a rich, welcoming adventure for those who who embrace pensive, cautious and gorgeous songwriting.”

“..a classy singer doing what she does better than most anyone else in her scene can...If there’s one artist that serious Americana aficionados should be following this year, it is unquestionably Francine Honey, who is pulling out the big guns in her new music video and rebelling against the meager standards of a mainstream country sound that is anything but exciting these days."

“..a life lesson in the form of a melodic poem...a stellar record, and this single and music video are its crown jewel."

“..a rootsy ballad worth your time...music enthusiasts who live for contemplative Americana really can’t go wrong with what Francine Honey has compiled for us in “Stay,” which collectively sets the bar just a little higher.."

“..a strong singer/songwriter sensibility far outside the purview of many of her peers and contemporaries...brimming over with wisdom and..freewheeling musical spirit."

"To Be Continued ...peaks at just the right points….“Shacked-Up Sweetie” is a glorious blast of honky tonk with gritty snap in the guitar work and an appealing bluesy yet commercial sound."

“..gritty, yet dreamy, with her own unique take on the folk/country genres."
FROM THE STRAIT
http://www.fromthestrait.com/articles/8-tracks-collection-iv/

“This song is the first single that Francine has released since her critically acclaimed album “To Be Continued…”. This song features deep rich vocals that are treated and accompanied by deep harmonies that compliment her vocals beautifully. This song sends shivers down your spine, and ensures that you keep listening.”

Take Me To the North Pole

"There's nothing like some good Christmas music, even from the unlikeliest of places! Written in the summer, and recorded during a heat wave!"

“Christmas Round My Tree... a bittersweet ode to those feeling grief or loneliness during the most social time of the year."

"Francine and her album are so delightful. Corny? Yes. Truthful? Yes. Just like Christmas itself? Yes.
On her fourth release – Francine is in a merry mood for a few reasons. Mostly – her new album sounds like she wanted it to sound. Live on the floor with very few tweaks and a lot of musicianship. Add Francine’s vocals – it is Christmas magic." 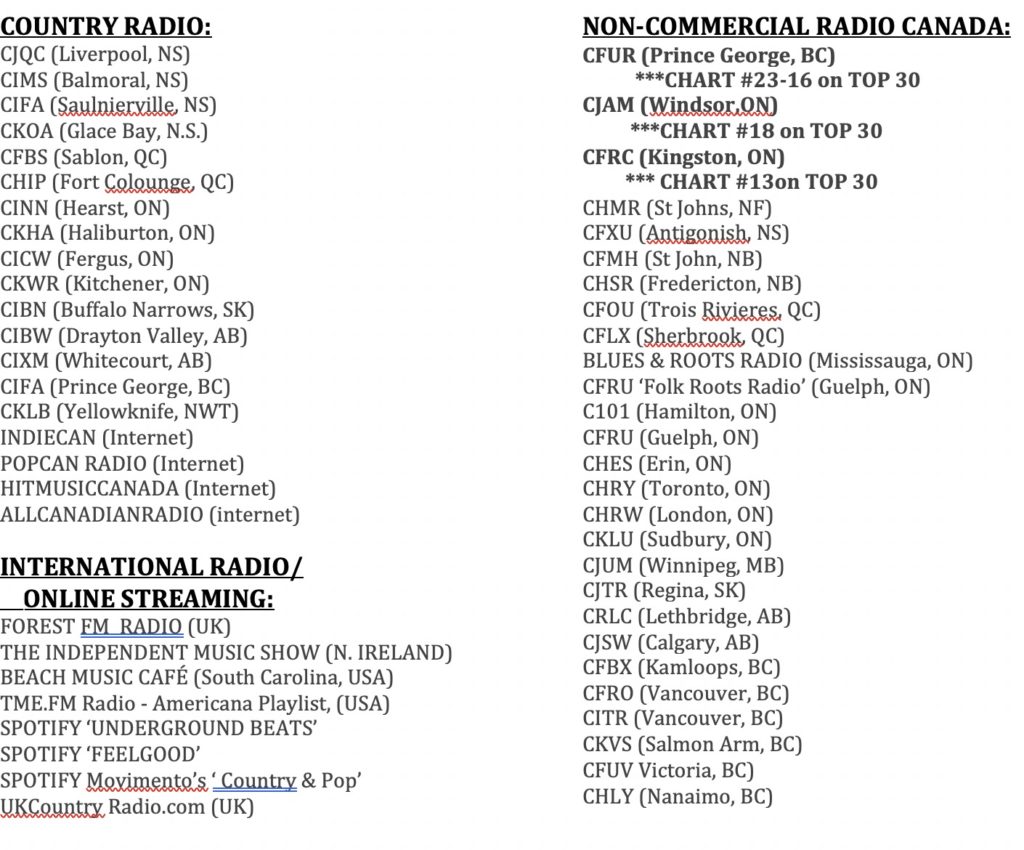 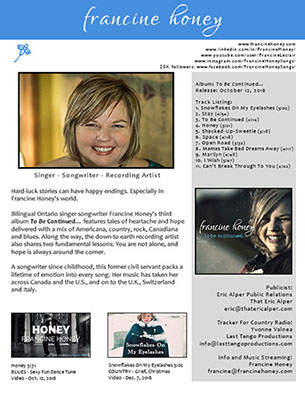 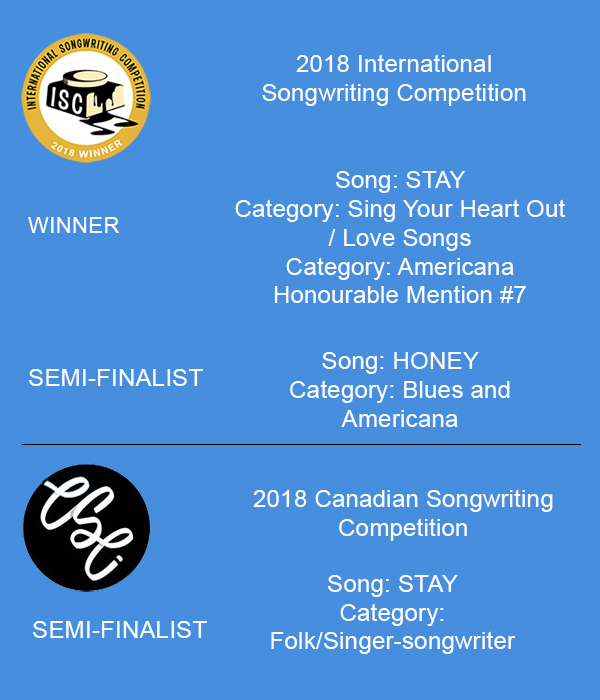 Nominated as IndieShark’s
‘Album Of The Year’!

“..a strong singer/songwriter sensibility far outside the purview of many of her peers and contemporaries…brimming over with wisdom and..freewheeling musical spirit.”
INDIE SHARK MUSIC

PICK OF THE WEEK!
“Sensuous string arrangements and vivacious vocal spectacles are what I’ve come to expect from Honey, and she delivers nothing short of her very best in this latest release…She’s got a fire that I don’t see going out any time soon.”
INDIESHARK 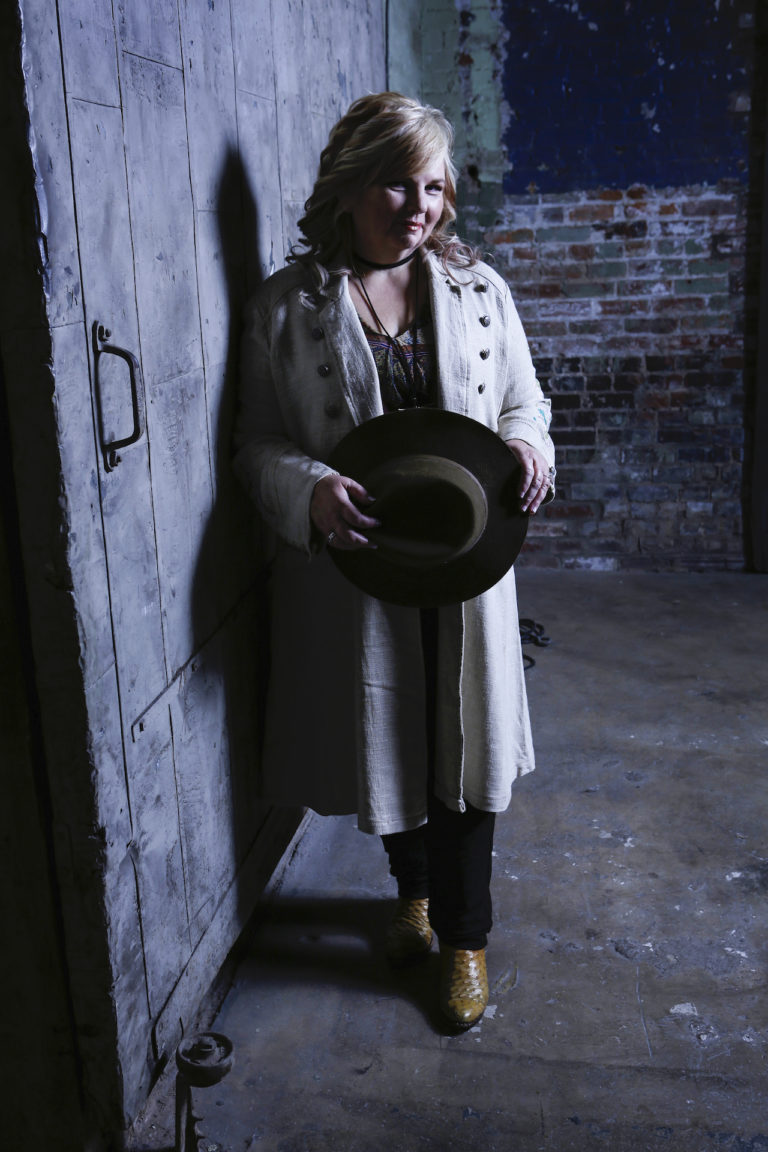 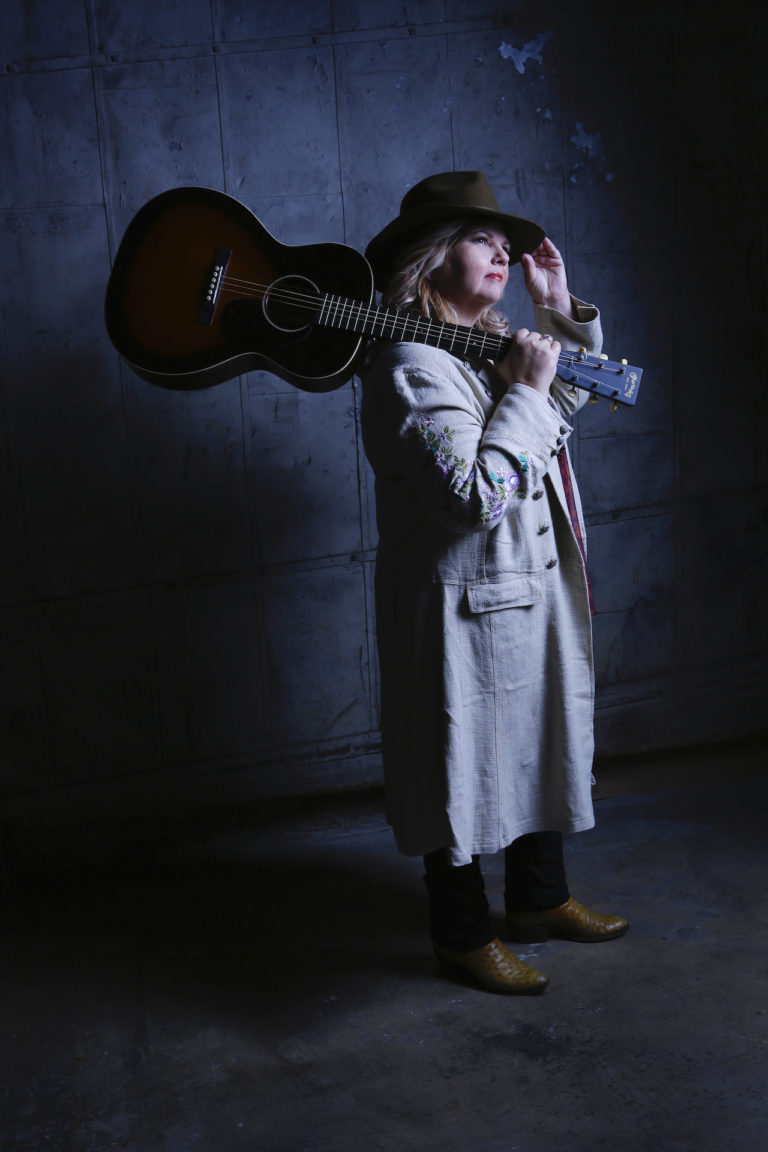 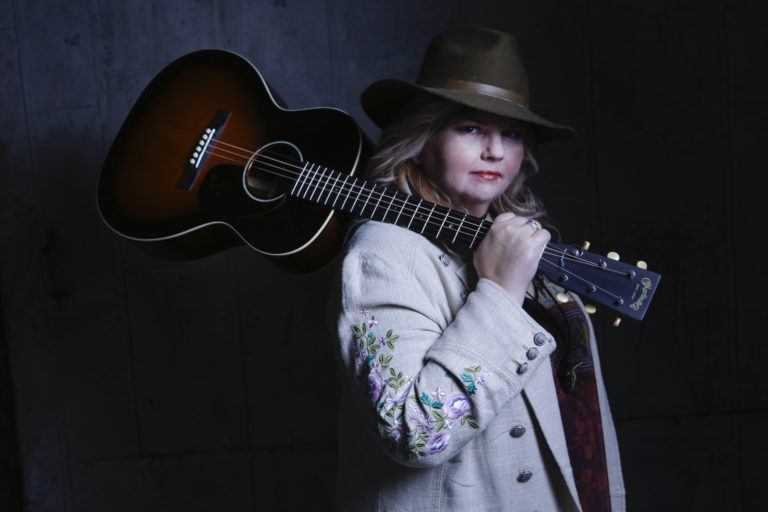 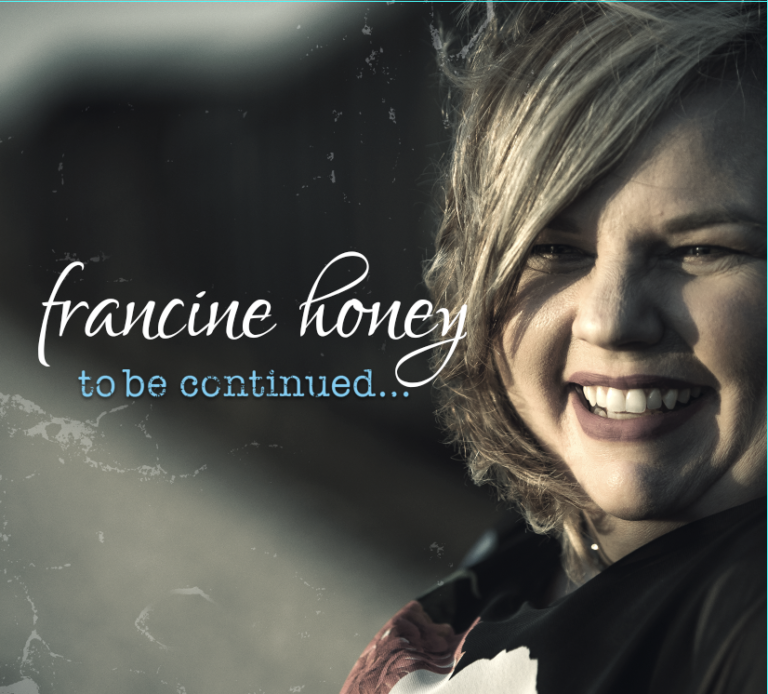 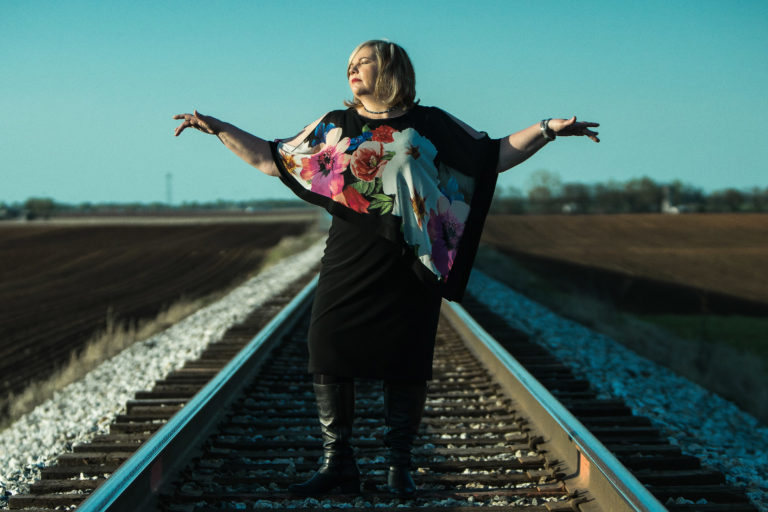 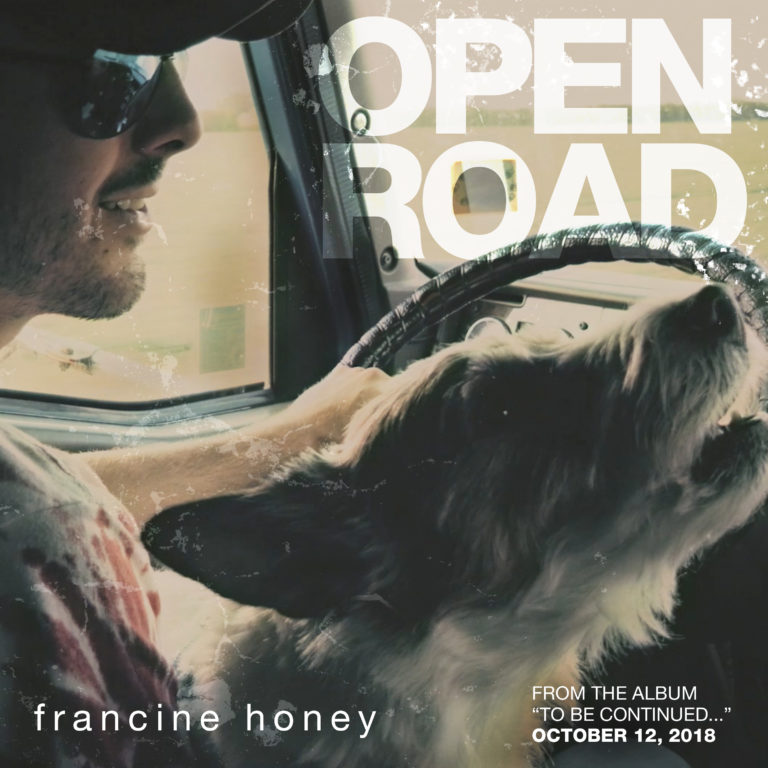 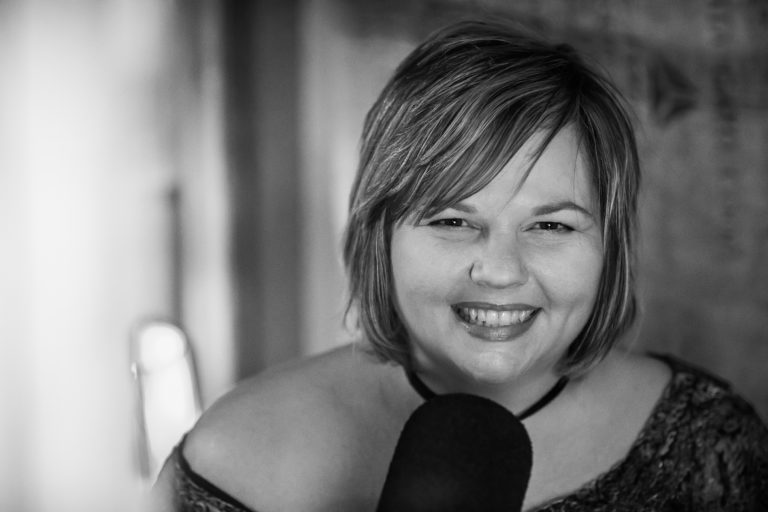 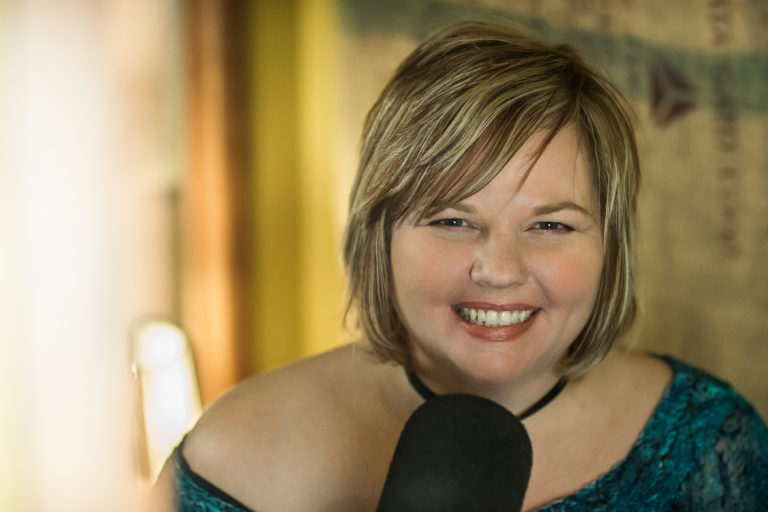 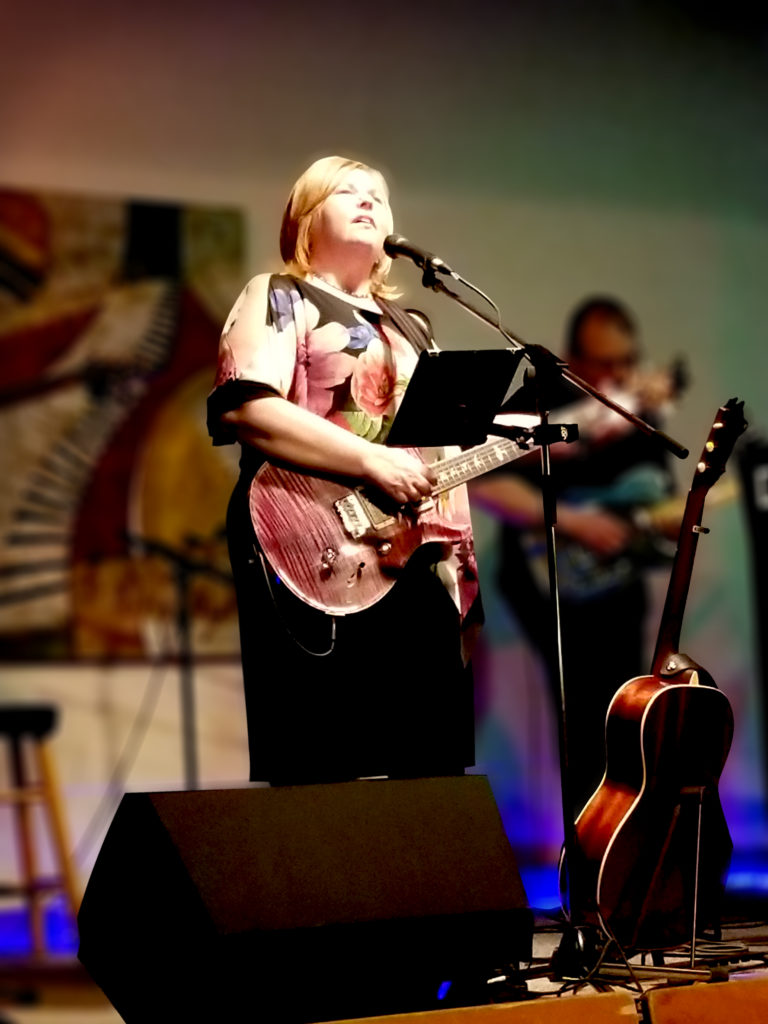 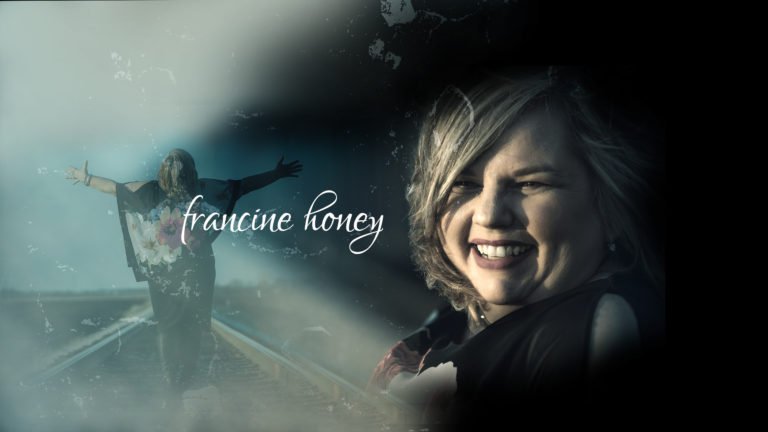 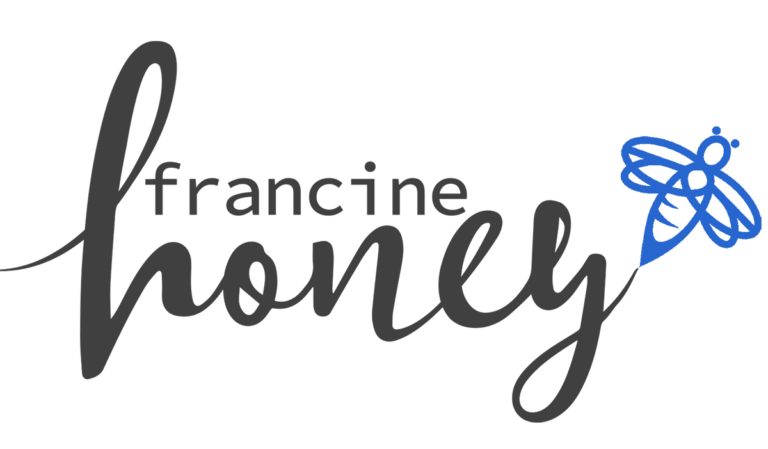